I’m not a fan of the modern day mantra,

‘just do what’s right for you’.

Controversial, I know, but it doesn’t seem logical to me. I may be being a bit Vulcan about it (yes, that’s a Trek reference and I’m going with it), but it seems to me, only thinking about oneself isn’t doing the world any favours. When we think like that we are choosing to purposely ignore other’s feelings, desires and wellbeing in favour of our own.

Getting kicked in the teeth

We understand we must love and care for others if we want to build a decent society, but what about when we feel drained and need to care for ourselves? I don’t have the answer. I guess every situation is individual, though there may be underlying principles that always remain; like loving others more than yourself, and protecting your heart because it’s the well spring of life.

Anyway, in the midst of working on my next novel for publication, I am being selfish. I’ve realised that if all my creative energy is directed towards publication I lose some of that pizazz I love. I get that from having my own secret world that no one else gets to go into. Exploring writing styles and characters that might not work or people might not like. I’m not ignoring my other work, but I am snatching at whisps of time to write a story just for my eyes, my heart, my soul. 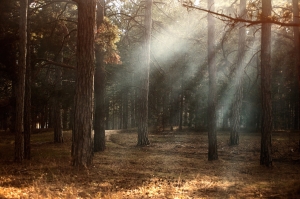 I like to think this will keep developing me as an author, and give my readers better books to read. I wonder if other authors do the same? And I’m not talking about a story you never finished that will never see the light of day, but rather one you loved and finished but will remain yours and just yours.

There’s something a bit mysterious about creativity, and creating something all your own.

And here I am, trying to maintain that balance between self-obsession and self-protection.