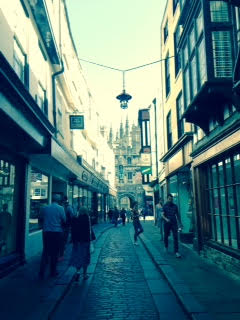 This summer just seems to be dwindling rapidly. I feel like usually there’s a bit of a slow down in the summer months. Activities that I’m involved in usually peter out a little and I’m given some extra time to do creative things, garden and relax.

I have been on holiday which has been great, but apart from that everything’s been going at 100 miles an hour, and I’m not sure if any other creatives can relate, but all my head-space is currently taken up with ‘stuff’ and there is nothing left over to think about writing.

Life comes and goes in seasons, and things will change, I’ll have more time and subsequently more space in my creative brain (yes, I do believe I have two, one for everyday and one for creativity, both on the rather small side though…hehe)

What does help is having some time out in some beautiful and historical places. I recently went to Canterbury to celebrate my wedding anniversary with my husband. It was absolutely stunning. We stayed right on the high-street and could wander out onto the old streets, where hundreds of thousands of people have walked over the centuries.

There were a myriad of chain and boutique shops and coffee shops surrounded by higgledy-piggledy buildings which have been built over the centuries in multiple styles, around, next to and on top of each other, the kind of architecture I love. It’s a very green city with lots of trees and some beautiful parks too.

We went to the Cathedral. It costs £12 for an adult to get into the Cathedral precincts and the building itself but I have to say it’s worth it. It costs a lot for a historic building to be maintained so the price does sort of make sense, and it’s less painful when you’re told that the ticket lasts for a year, and that there’s over a 1000 year’s history in one place 😉 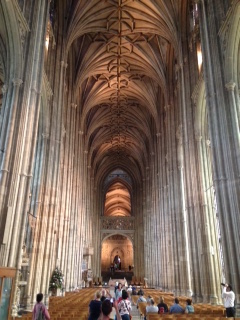 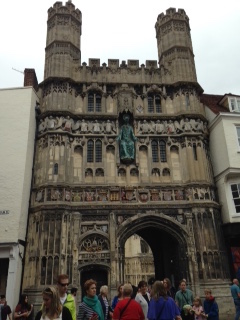 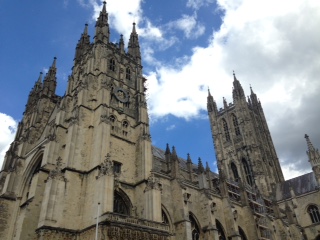 It’s fantastic. It’s a beautiful building, it’s been added to over the millennia, and it’s the last resting place of the Black Prince, Henry IV and it is of course the notorious death-scene of Thomas Becket.

We didn’t do the audio tour – but I’d like to go back and do it again properly – we had so much to see and do in a short time. Y’know what? We can go back with our year long tickets!

The one thing it did make me realise, being in all that grandeur and walking up the various elevations to the stone throne, the ‘chair of St Augustine’, is that there really seems to be a separation between normal people and the clerics, maybe even form God? It made me realise perhaps a fraction of what so incensed Martin Luther in the 16th century. There is historic value in the traditions and artefacts and architecture of the place, but I can’t help but question if all these traditions miss some of the point of what Jesus preached about a personal relationship with God? A very interesting series of thoughts to ponder. 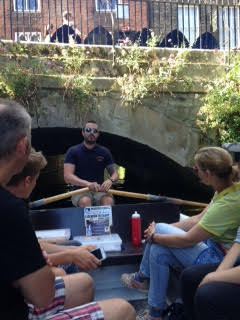 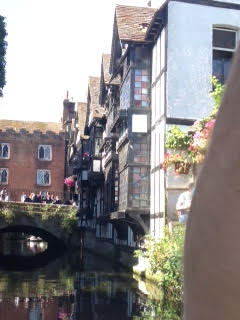 We also went on the Canterbury Historic River Tour which is well worth it. We had a friendly chap called Pete row us along the river which is protected (no motors allowed) along the stretch we enjoyed. The water is so clear you can see everything below and I couldn’t help thinking what might be lurking in the river bed from the past…just like I always wonder who’s feet have trodden in exactly the same places that mine are treading…I’m curious about things like that. 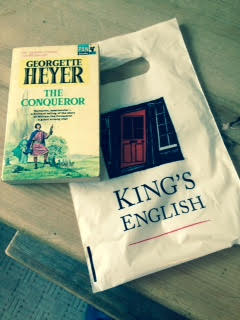 I’m a big fan of bookshops, and have recently realised I think I am actually a bit of a book collector. You only have to have a peer around my book case to realise it. I especially love second-hand bookshops. There is just something a little magical about the smell of dusty books, rows of mismatched and well-loved spines, like thousands of tiny windows into thousands of tiny worlds.

I bought one of those worlds at the King’s English bookshop, a particularly crooked house, in Canterbury. I collect older Georgette Heyer’s and added The Conquerer to my collection on my trip. The 17th century house is also known as Sir John Boys House and is reputedly mentioned in the novel David Copperfield by Charles Dickens. That great writer’s words are threaded in gold across the front of the building:

‘…a very old house bulging out over the road…leaning forward, trying to see who was passing on the narrow pavement below…’

All in all, I’ve got a lot of time for Canterbury.