I went for a walk recently. The morning started with a sea-mist rolling in and resting on the low countryside. The air was bitingly cold. The sun was pale and bright. Instead of heading for home after my run I decided to go for a quick jaunt down a path in the countryside. 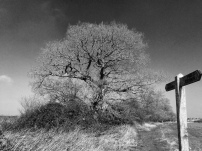 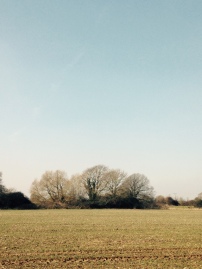 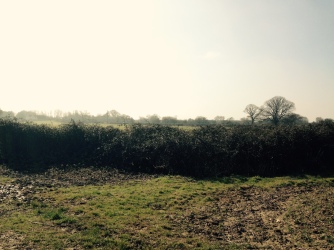 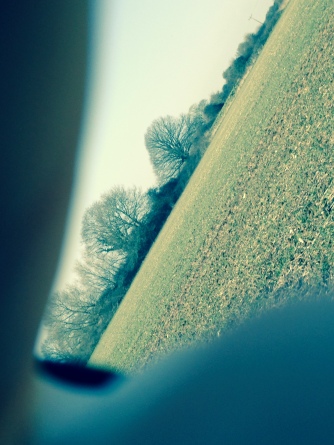 It’s not always like this, all you writers know. You know the times that you have wanted to physically rip your manuscript to shreds and lob it against the wall (or in my case stab it repeatedly with a cheap biro). When editing is so very painfully slow and hard. When plot holes just keep opening up like giant gaping holes impassable no matter how hard you try and write around them. When, although you might still love your novel, you just can’t force yourself to like that pesky sentence anymore.

But then there are those times that we go for a walk, visit a certain place, read something inspirational, find that amazing song that fills our writerly senses, look at a beautiful image, and we’re right there, living the enchanted life of a writer. It’s in those moments that, though life doesn’t make sense, at least I can be sure that there is beauty in it, contentment, joy. And so my inspiration starts springing and bubbling away.

When I go walking I often pray and this was one of those walks. At a time when so many things have happened or are happening around us that are tragic and filled with sorrow, things which can never make sense no matter how much we try to figure them out, you can come away from it all. You can sit in nature, where everything has its place, every bug and bird and tree are working alongside one another. I can’t make sense of everything in this world, I guess I never will, however much that winds me up, but when I was on this walk it was okay.

And yesterday when I was gardening and listening to a Spotify Country channel I found this guy – amazing bluesy voice – enjoy: